Preserving the essence of a sacred script 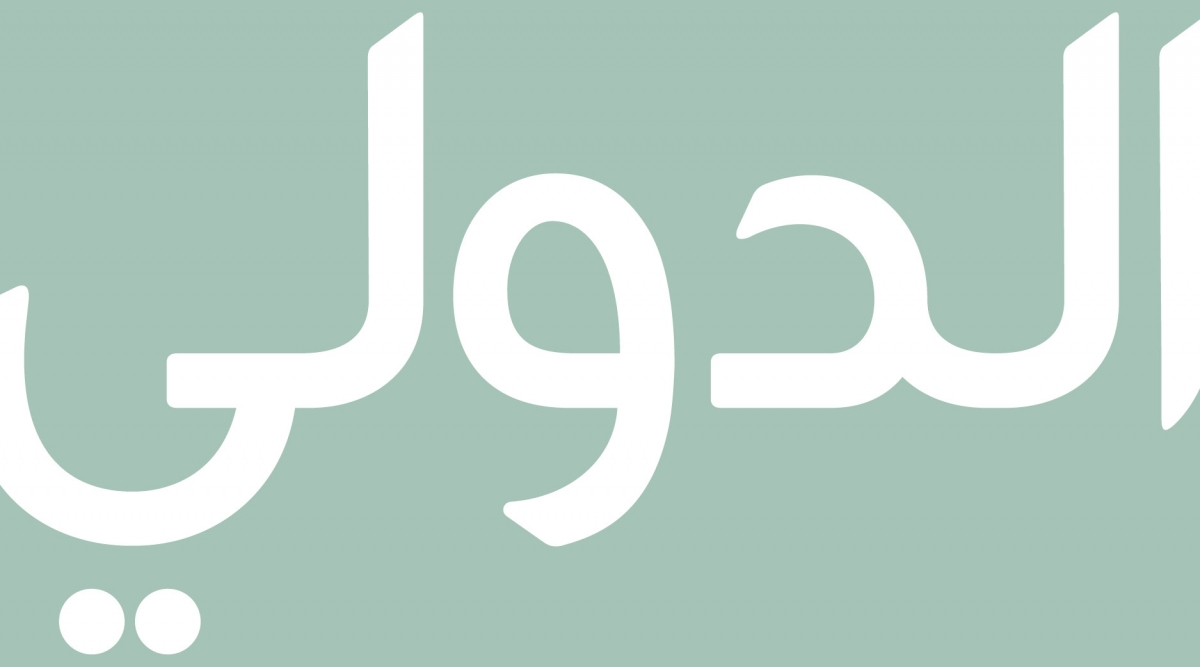 The 21st century has seen undeniable growth in awareness of Arab cultures, presenting designers from all over the world with the challenge of working with both Latin and Arabic typography.

This has driven demand for sympathetic letterforms that have an inherent visual harmony. Designing with Arabic can yield innovative, beautiful and successful results, but  non-Arabic-speaking designers need to appreciate the evolution of Arabic typography and understand and respect  the cultural nuances of the language.

There are fundamental differences between the two scripts: Latin is written from left to right whereas Arabic is written from right to left. Latin has both upper and lower cases, both of which can be italicised. Arabic has no upper case letters and if not designed and executed properly, italics look as if they have been skewed.

Any Latin typeface, be it classical or modern, will tend to be discordant when used with an Arabic typeface, simply because they were not designed to work together. Some Arabic and Latin fonts  are more compatible than others, but none of them pass the test of the visual relationship between the heights of the letters, the weights of the strokes or the overall calligraphic appeal.

Designing a workable bilingual Latin–Arabic typeface relies not upon compromise but rather a harmonious interaction between two distinct elements, each with an underlying cultural history.

The Arabic language is used in 23 countries and is spoken by nearly 300 million people. The script that is widely used today can be traced back to the Nabataean Kingdom’s writing script of the second century BCE, which was itself descended from the Aramaic alphabet.

For centuries, the pre-Islamic peoples of the Arabian Peninsula enjoyed an essentially oral poetic tradition. The written word was largely unimportant. All of this changed with the Divine Revelation in 632 CE which created the need to record every word of the Holy Qur’an in exact detail. Heroic feats of memory could no longer be relied upon. The Arab fascination with the beauty of the spoken word, coupled with the limitations of existing Arabic scripts, played a positive role in the development of Arabic calligraphy as an art form.

In a relatively short time, Arabic script was transformed and beautified, worthy of its status as the sacred script. The ability to create Arabic typefaces capable of being relevant in today’s marketplace, without sacrificing the essence of the language, remains a huge challenge. Type can generate a high level of brand recognition and provide identification with the company, both internally and externally, so companies who are serious about growing their brand in the region need to make their identity work in both languages and cultures.

From the beginning of the oil boom in the late 1960s and early 1970s, both multinational and local companies sought to establish brand identities within the Arab region. As the demand for bilingual materials emerged, Arabic branding developed in Lebanon, the bridge between the Western world and the Arab world at that time. After war broke out in Lebanon in 1975, most multinational companies moved away and the UAE, particularly Dubai as well as London, replaced Beirut as the commercial and creative centre of the Middle East.

There are few professional design groups in the Middle East dedicated to specific services such as brand identity, merchandising or typography. Yet from the 1970s onwards, multinational corporations and brand owners sought to convert their company or brand logotype into Arabic in order to demonstrate their commitment to the region. This represents one of the greatest challenges for designers and calligraphers.

Specialist skills are essential to convert a logotype into Arabic in such a way as to achieve harmony with the existing logotype. The result needs to be perfectly balanced for style, weight and legibility.

The development and expansion of global markets and new technologies are bringing new challenges and demands for typeface designers. During the last two decades, the world has become a global village. The Internet has connected every corner of the earth and information travels around the world in seconds. English was the language of the Internet in its early days, but today Wikipedia, for example, is available in more than 100 languages.

The challenge for the future is to design truly global typefaces. Multinational companies who are selling their products around the world will demand exclusive global typefaces, individually designed to complement their existing brand identity. Multilingual fonts are an important building block of the architecture of the web and we can expect to see more designers and typographers around the world using global type faces for web design and brand identity.

In designing Latin signage, the most important starting point is to simplify the character shapes as much as possible, which is why sans serif is the go-to typeface. Geometrical typefaces should be avoided due to the similarity of certain characters. Each letterform must be seen as a whole, solid form and not as a constructed item of straight and rounded units.

In Arabic, the most widely used typeface for bilingual signage and wayfinding around the world is Boutros Advertisers Naskh. Originally created to work in perfect harmony with Helvetica, the design is based on the classical Naskh script, respecting Arabic calligraphy and cultural rules. The addition of linked straight lines to match the Latin baseline level is designed to achieve harmony when used alongside a Latin equivalent typeface.

Boutros Advertisers Naskh is prolific on bilingual signage throughout the Arabic-speaking world, in offices and hospitals, on motorway signs and in commercial spaces such as Dubai and Beirut International Airports.

The newly released typeface BoutrosSign has been designed by Arlette Boutros and Eva Masoura in the Arabic and Latin script to work in perfect harmony.