Will brands survive the future? 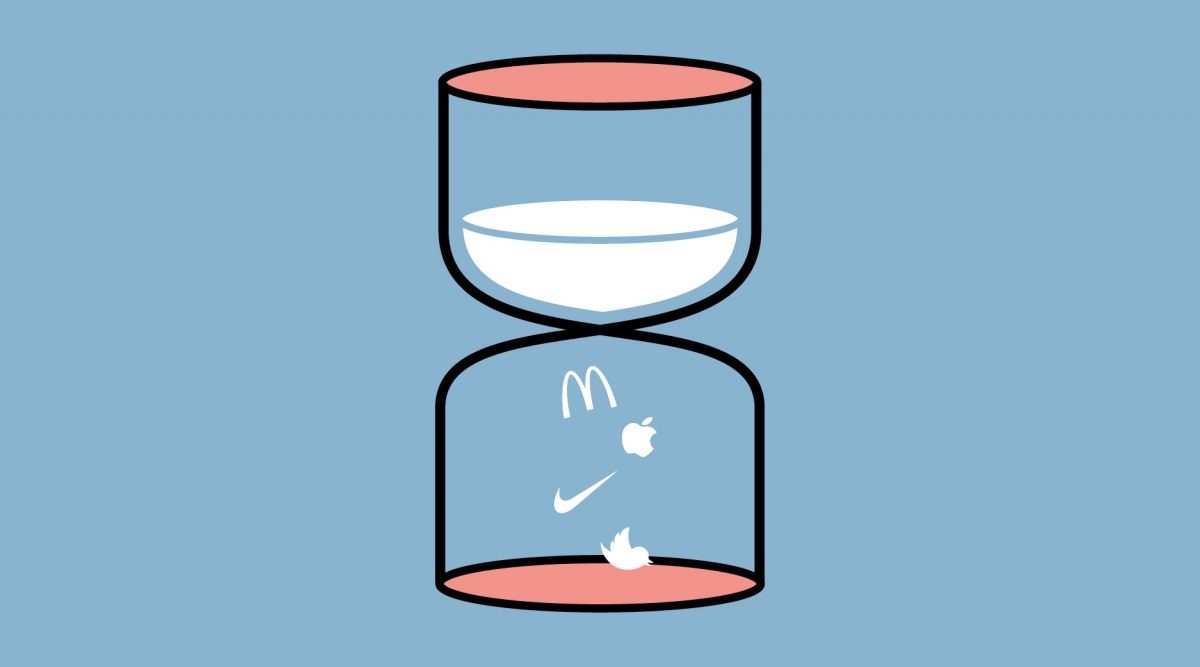 The next ten years or so will probably see more disruptive technological innovation than in the whole of the 20th century, from familiar trends like mobile-cloud, 3D printing and the Internet of Things to breakthrough developments in areas like next-generation genomics and energy storage. Collectively this innovative surge will have a profound impact on how we communicate, analyse data and make things.

But the biggest shift will not be in the physical world of tangible objects. It will be in the arena of individual behaviours – and the implications of this behavioural mutation for the future of brands are truly unprecedented. Put simply, digital technologies will radically change the way we function as people. Brands that fail to recognise this and fundamentally change their psyche will pay the price.

We are entering what some analysts refer to as ‘the era of a new humanity’, characterised by totally different norms, values and attitudes about what being human is all about. Take, for example, what sociologist Professor Steve Fuller refers to as Humanity 2.0 – an understanding of the human condition that no longer takes the ‘normal human body’ as given. New technologies will indeed play a role. Advances in areas like genetics, artificial intelligence and bio-printing will make it possible to greatly enhance the capabilities of our physical being. British biomedical gerontologist Aubrey de Grey, for example, believes that defeating ageing is feasible and reckons the first human to live past 1000 is probably already alive.

But, as Fuller points out, there is another dimension to the Humanity 2.0 story, one that has direct relevance to how brands will need to evolve in the future. In this digital age we spend inexorably more of our time in front of screens and less having direct contact with other humans. It’s not so much that we’re losing our humanity, Fuller says, but that it’s becoming projected or distributed across networks and systems that lack a human body. And this will have a growing impact on how people see themselves and expect to have their lives fulfilled – above all in the everyday consumer marketplace, where brands have ruled for so long in a kind of one-way street.

The core development is the increasing convergence of humans and machines, which will drive radically different patterns of human behaviour in the years ahead. Some futurists believe that one day soon man-made machine intelligence will overtake human intelligence. Leading visionary Ray Kurzweil reckons this ‘technological singularity’ will occur around 2045, by which time, as he puts it, “human life will be irreversibly transformed.” But we are already embarked on that journey. The accelerating man-machine interface is re-shaping our behaviours right now and changing all the rules about how people perceive brands and their relevance.

Futurist Tracey Follows, an associate of trend guru Faith Popcorn, has elaborated on this theme in her exploration of ‘post-human brands’. A changing relationship between people and technology, she says, has destroyed the original role of a brand as a simple mark of trust and quality and later, in the post-1950s business boom, as a symbol of corporate innovation and expansion. That no longer holds true. Echoing Fuller’s observation about increasing computerisation, more of our communication, she says, will be artificial and less of it will be ‘human’ and – crucially – as our habits of communication change, so will our behaviours.

In Follows’ words: “Forget reassurance or the idea of expansion. We are entering an era of exploration.” In the past we looked to build relationships between brands and people by endowing the brand with human characteristics – ‘fun’, ‘macho’, ‘courageous’, ‘playful’. This won’t work any more; as we move ever-deeper into a ‘post-human’ world we will become a hybrid of bio-organism and digital technology. And this will change the equation that has long governed the relationship between brands and their consumer targets.

As American corporate strategist and future-thinker Peter Schwarz puts it: “The biggest change to come is that humans will take control of their own evolution.” In other words, people will increasingly decide who they are as individuals and create their own matrix  of values, expectations aspirations and even language. The homogeneous mass marketplace of the 20th century will be blown into billions of individual fragments. The notion of one-size-fits-all brand strategies will at last – after a few false dawns in recent years – be blown away with it.

How must brands respond to this future post-human, infinitely fragmented ‘age of exploration’? The key start point is to recognise that human insights must replace the obsolete notion of consumer insights.

Speakers at a recent Google Brand Re:Imagined event agreed that in a world where behaviour is the currency, we have moved from the ‘attention’ economy – where brands fight for scarce consumer attention – to the ‘intention’ economy. In this new paradigm the consumer’s intent to buy will drive the production of goods to meet their specific needs. The rise of the intention economy literally stands the notion of brand appeal on its head. As Doc Searls puts it, in his book of the same name: “The Intention Economy grows around buyers, not sellers. It leverages the simple fact that buyers are the first source of money and that they come ready made. You don’t need advertising to make them.” Thus, instead of brand strategies driven by old-style social demographics, marketers will need to read the signals that come from intent.

Very few companies have grasped this. Even a successful, digital-age business like Google, for example, still has the view of the sellers; its revenue comes almost entirely from advertising. But the emergence of a growing fraternity of intention economy online enterprises does suggest the tide is turning. In the US, Nasdaq-quoted Zillow [strapline ‘Find Your Way Home’] is an online real estate database company that effectively hands power in the house market over to folk looking to buy, sell or rent. London start-up Leadfindr [‘Find people with needs you can address’] offers an application that allows brands to find new customers by trawling social channels to identify consumers with specific needs, intentions and desires.

Florida-based Needtagger mines conversations on Twitter and other social networks to create ‘intent tags’ that identify people expressing purchase intent. Twitter itself now permits advertisers to use their Tailored Audiences tool to reach specific audiences based on the kinds of data that define buying intentions.

It seems clear this future ‘post-human’ intention-led marketplace will be a game-changer for brands. What will be their role when buyers are calling all the shots? How will a brand – for so long a guarantee of reassurance and predictability [read: ‘always the same’] – express itself when the intention economy increasingly drags consumer demand away from standardised off-the-shelf products towards highly personalised and bespoke ‘made-for-me’ purchase desires?

But there is another dimension to this shift in behaviours that presents an equally significant challenge for brands in the years ahead: the growing importance of ‘conscious consumption’ as a driver of purchase choices. The ever-expanding digital universe, with its myriad personal devices, social media channels and apps is making us super-aware of the world about us and our place and responsibilities in it. This in turn will make us increasingly conscious of how we want to live our lives and hyper-selective about the brands we choose to help us do that.

You might call this a ‘personal sustainability’ agenda and brands will be judged on how well they deliver on its goals. For example, I firmly believe we will see the emergence of a personal ‘well-being’ culture over the next ten years or so – a widespread change in social attitudes where people take responsibility for their own health management. Healthcare systems in the past were originally geared to dealing with infectious diseases; in the 21st century we confront ‘diseases of energy’ – or rather the lack of it. The response will be a new mindset that maximises personal activity.

Wearable technologies will, of course, facilitate and promote continuous monitoring of our biological condition. But that personal sustainability agenda will also cover countless other facets of our everyday lives, from the food we eat and the holidays we take to the cars we drive and the green credentials of the clothes we wear. And the conscious consumer of the future will assess brands in terms of whether they match this agenda.

A future brand, in other words, has to reflect the fact that people make buying decisions with their feelings, not because of some tribal instinct. Conscious brands must address this reality and give choices that mirror the needs of a more aware and better informed universe of consumers. The days of taking the marketplace for granted are long gone. Welcome to the future and the age of a new humanity.

Futurologist Dr. James Bellini holds a Masters from Cambridge and a PhD from the LSE. He was the first  UK member of US think tank The Hudson Institute and a television journalist for over 20 years with the BBC, ITV and Sky News. He sits on the expert panel of the Future Spaces Foundation and has a Professional Certificate in Coaching from Henley Business School. James is a regular presence as speaker and moderator  at major business conferences around the world.