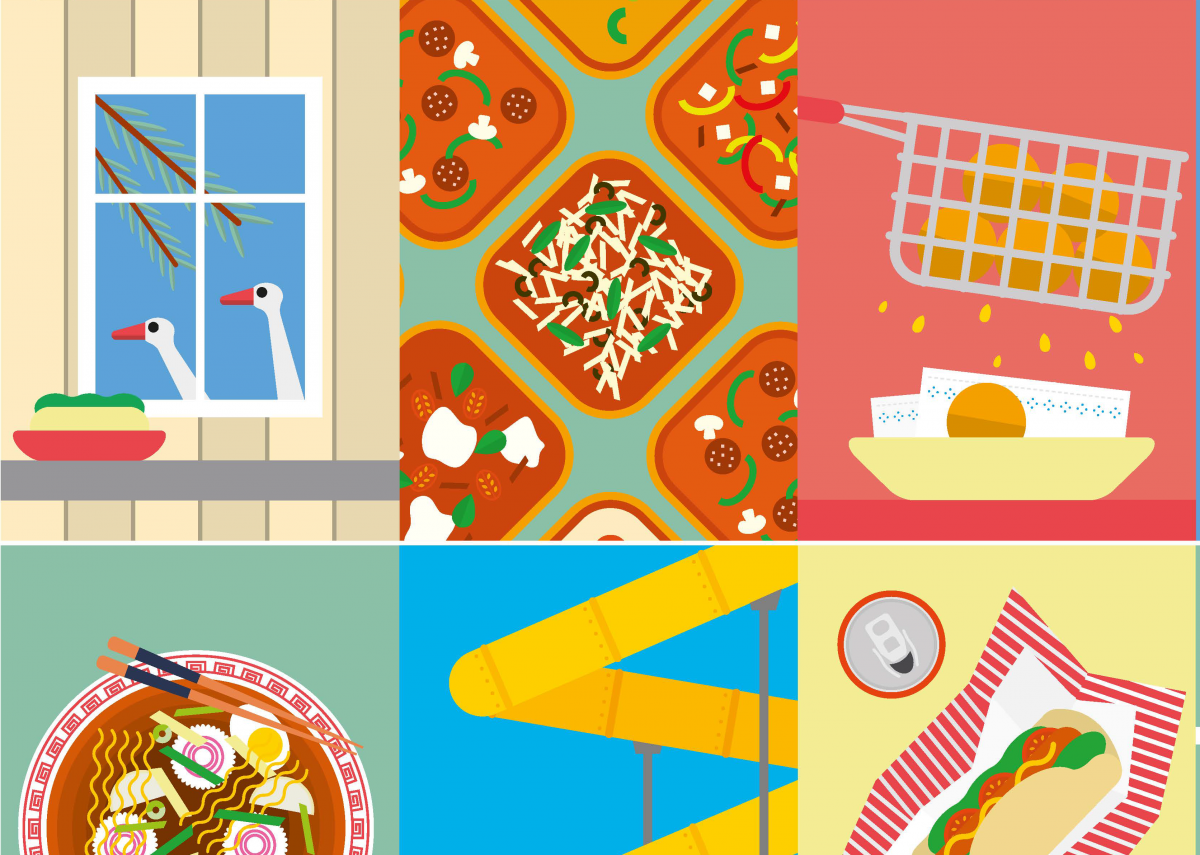 Berlin-based designer and illustrator Robert Samuel Hanson’s creations are sharp, crisp and clever, which is why he counts M&C Saatchi, The New York Times and the Museum of Modern Art as clients. We found out how he forged a career from his love of drawing.

How did you first discover you had a talent for drawing?

Probably as a child. I think, like most illustrators, I started drawing very early in my life.

When did you realise you could make a career out of it?

Although I started drawing early I came to it as a career quite late. Art was not categorised as a serious subject at my school so I never even considered it, or thought that I would have been anywhere near good enough to pursue it as a career path. I studied graphic design and advertising at art school and while showing my design portfolio around I was repeatedly told that it was good, but that it was mostly illustration. It then slowly dawned on me that I should consider illustration as a career.

What was your big break?

I really had a series of small breaks that gradually helped to build momentum. That said, I was commissioned by Monocle magazine quite early on, which certainly gave my career a big boost. The art director at the time took a bit of a chance on me and I am still grateful to him for that.

How would you describe your style of illustration?

Simple and graphic, with some sort of idea or humour at its heart.

Take us through the design process. Where do you start?

It really depends on the job. For a quick turnaround editorial job the idea is arguably the most important thing, so for that I would spend as much time as possible sketching with good old-fashioned paper and pencil.

When I was employed by Industry to create an employee brand platform for global service delivery giant Serco, I created an entire world through illustration. For a brief like this I will have an idea of the overall composition but I tend to start making the illustration and let it develop as I go, while keeping in mind the job it has to do. Sometimes it is better to let things evolve.

From where do you draw creative inspiration?

I think you have to be always switched on and receptive to everything: your surroundings, the book you are reading, anything really.

Which materials do you like to work with and why?

I work digitally but if I am honest I like drawing on paper most and my sketchbook plays an important role in pretty much everything I work on. I also draw for pleasure or to relax. At the moment I am really enjoying ink and brush on paper.

Which piece of work are you most proud of?

I just finished an illustrated book for Penguin that I am quite happy with. Other than that I still really love editorial with short deadlines. When you manage to come up with a good idea and produce a finished illustration in a day or two, it’s really satisfying. If I had to pick one thing though I would say a cover I did for Creative Review a few years ago. I read this magazine every month while studying at art school and the idea of having my own work featured in it seemed so unreachable at the time, so being asked to illustrate the cover was really exciting.

How do you think online design resources have influenced the art being produced today?

I think you can definitely see the effect certain software and hardware advances have had on illustration. For example, brushes for Photoshop that replicate real watercolour, goache, pastels and so on are becoming really good. People are making really interesting modern work that still has a feel of traditional media. That said, I do think the key qualities that make someone a good illustrator haven’t changed.

How is the move to digital platforms changing the work of illustrators?

It has changed things for sure, but there are lots of great illustrators out there working entirely in traditional media and that includes younger illustrators as well. Overall though I think digitalisation has made life easier for most illustrators, both in terms of working process and getting their work out into the world. I think illustration is enjoying a really exciting period at the moment. A lot of people feared digital media might mean the end for illustration, but in fact it has actually provided more opportunities for work.

There are quite a lot of people who I find inspirational. Saul Steinberg is probably the artist who has been, and continues to be, the biggest influence on me. Looking at his work helped me to realise what kind of work I wanted to make. His work has a real intelligence to it but also humour that is at times very obvious, but also really subtle.

What would be your dream commission?

I would love to work for the New Yorker! But at the moment my biggest goal is to get a few of my own personal projects finished and out into the world. 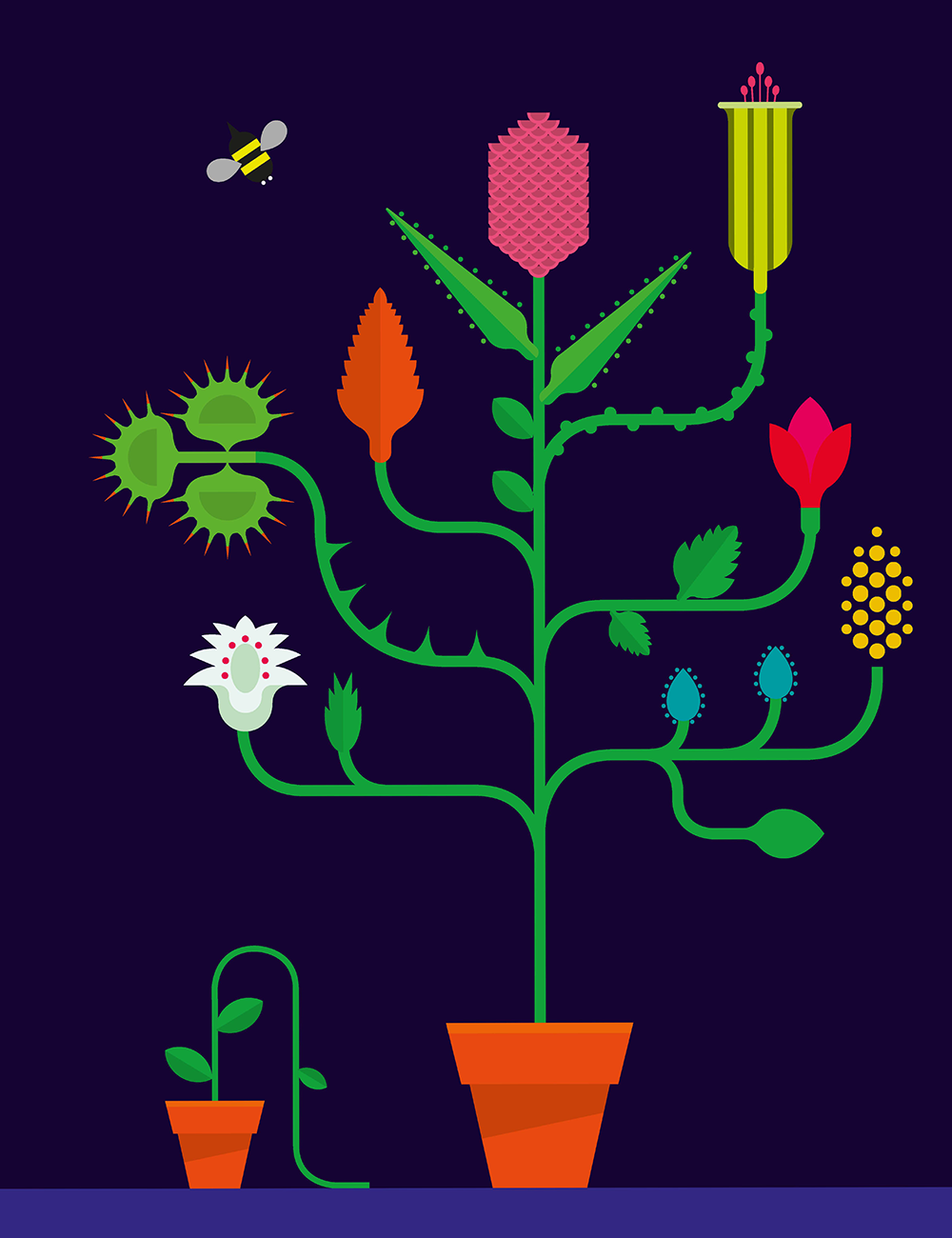